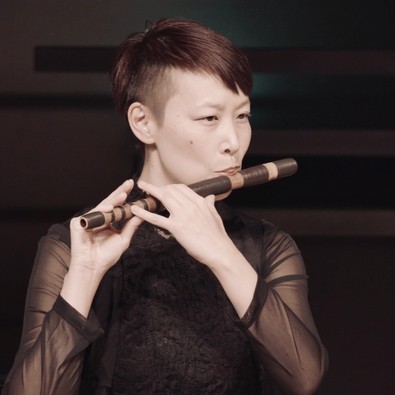 As a participant of the Institute for Medieval Japanese Studies Mentor/Protégé Summer Initiative Program in 2015 and 2019, Lish had the opportunity to experience the history and culture surrounding Gagaku through observation and rehearsals with members of Ono-Gagaku Kai, Musicians of the Imperial Household, and students/faculty of Kunitachi College of Music. While in Tokyo her ryūteki (dragon flute) studies were with SASAMOTO Takeshi, YAGI Chiaki, OKUBO Yasuo, and ECHIGO Minami and beginning Bugaku dance with NAKAMURA Hitomi.

Lish has performed on western flute as well as world flutes at Carnegie Hall, David Geffen Hall, Radio City Music Hall, Madison Square Garden, Washington DC’s Kennedy Center, Philadelphia’s Verizon Hall, and has given recitals and concerts in Japan, China, Italy, England, and Wales. She was a regular flute substitute with the Broadway musical, Finding Neverland, at the Lunt-Fontanne Theatre in NYC.