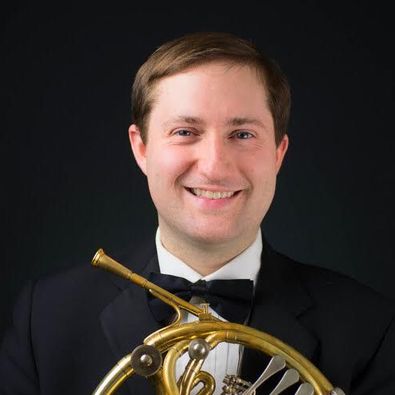 Brad Gemeinhardt, 3rd Horn of the Metropolitan Opera Orchestra, has performed in a variety of classical and commercial settings, including performances as guest Principal horn with the Chicago Symphony Orchestra and the New York Philharmonic.  He has also performed with the San Francisco Symphony, Orpheus Chamber Orchestra, American Symphony Orchestra, Orchestra of St. Luke's, many Broadway shows, television and radio jingles, commercial recordings, and motion picture soundtracks. Brad received a Bachelor of Music degree from the Juilliard School where his principal teacher was Jerome Ashby (former Associate Principal Horn of the New York Philharmonic). He is also a graduate of the Interlochen Arts Academy where he studied with Bruce Henniss and Julie Schleif. In addition to teaching at Columbia, Brad serves on the faculties of the Juilliard School Pre-College Division, Temple University, and is a Valade Fellow at the Interlochen Arts Camp.