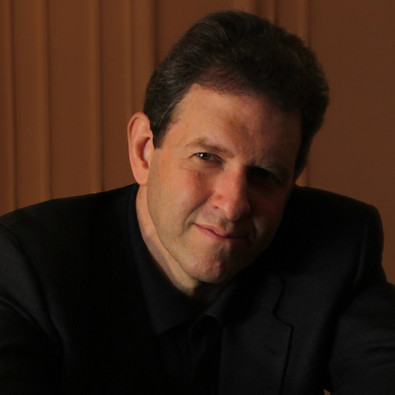 Jazz pianist and composer Bruce Barth has been sharing his music with listeners the world over for more than two decades. Deeply rooted in the jazz tradition, his music reflects both the depth and breadth of his life and musical experiences. In addition to traveling widely performing his own music, he has also performed with revered jazz masters, as well as collaborated with leading musicians of his own generation. And most notably, his performances feature material from his large book of very powerful and imaginative original compositions, written in a voice that is both deeply personal and expressive.

Tony Bennett, with whom Bruce toured for over a year, says "I have a great love for excellent musicians, and Bruce Barth is one of my favorites." And in a recent review in the Newark Star-Ledger, Zan Stewart writes "No one sounds quite like Barth. His solos are characterized by robust swing, his ability to tell a story, and by his rich, beguiling sound."

Bruce has performed on over one hundred recordings and movie soundtracks, including ten as a leader. He is equally at home playing solo piano (American Landscape on Satchmo Jazz Records), leading an all-star septet (East and West on MaxJazz), and composing for a variety of ensembles. His trio has recorded live at the legendary Village Vanguard in New York City, and he recently released a new DVD, Live at Café del Teatre, on Quadrant, recorded live at the Lleida Jazz Festival in Catalunia. Originally from Pasadena, California, Barth started piano lessons at the age of five, with a natural tendency to play by ear. He fell in love with jazz as a teenager, and learned by listening, later studying at New England Conservatory in Boston. While in Boston, he recorded George Russell's masterpiece, "The African Game" for Blue Note Records.

Within a year of moving to Brooklyn in 1988, Barth toured Japan with Nat Adderley. He started working with Vincent Herring and Stanley Turrentine, and joined Terence Blanchard's quintet in 1990. During the next four years, he toured extensively with Blanchard, recorded six CD's and several movie soundtracks, and played onscreen in Spike Lee's film, Malcolm X. While in Blanchard's band, he recorded his first two CD's as a leader, In Focus and Morning Call on the Enja label, both which were chosen for the New York Times' top ten lists in their respective years. These recordings displayed not only Barth's piano work, but the scope of his original com positions and memorable arrangements of jazz standards.