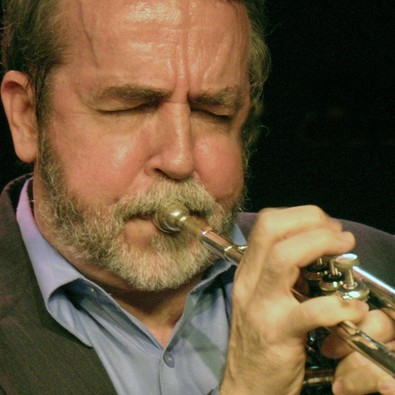 Don’s arrangements have been recorded by many jazz legends including Art Blakey, Joe Henderson, Freddie Hubbard and Woody Shaw. In 1997 he arranged, produced as well as performed on Monk On Monk, a CD of Thelonious Monk compositions celebrating Monk’s 80th birthday year, which featured Herbie Hancock, Clark Terry, Wayne Shorter, Grover Washington and many others. Monk On Monk was DownBeat’s Album of the Year for 1998. He has frequently produced, arranged and performed in performance tributes to classic jazz masters, such as Kenny Dorham, Hank Mobley, Fats Navarro, and Johnny Griffin, at the Jazz Standard in NYC.

Don has produced many jazz albums, including five Grammy award winners starting with Joe Henderson’s Lush Life (which won a Grammy in 1992), and several more Grammy-nominated CDs such as J. J. Johnson’s The Brass Orchestra.

In 1994 he was the music director for Verve’s 50th anniversary concert at Carnegie Hall.
Don is the musical director of the yearly Thelonious Monk International Jazz Instrumental Competition for the Thelonious Monk Institute. He is also the Associate Producer for the acclaimed Jazz Icons DVD series.

Don has been teaching at Columbia University since 1986, directing combos and big band, and also teaching trumpet and jazz arranging and composition. Just prior to that, in 1985, Don directed a jazz education program called Young Sounds, sponsored by Local 802 of the American Federation of Musicians, working with talented teenagers including Bill Charlap, Jon Gordon, Kevin Hays, Sean Smith, and others, all of whom have gone on to prominence in the jazz world. In addition, Don has given master classes at New England Conservatory, Berklee School of Music, Eastman School of Music, Manhattan School of Music, the BMI Jazz Composers’ Workshop and the Monk Institute.