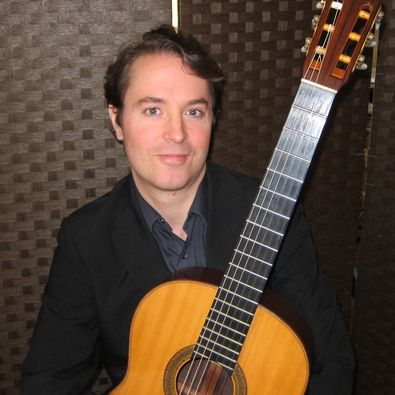 James possesses the rare ability to be equally at home in the worlds of classical guitar, bluegrass dobro, and Renaissance lute. He has performed at such New York area venues as Irving Plaza, The Knitting Factory, Gracie Mansion, Trinity Church, The Wetlands, Toad's Place, as well as the Juilliard School and Yale University. James attended the University of Michigan where he studied jazz, and received a master's in music education from Columbia University. He is currently working toward a doctorate in classical guitar performance at Stony Brook University. His primary teachers on classical guitar have been Kevin Gallagher and Jerry Willard. On lute he specializes in the late Renaissance, in particular the lute fantasias of John Dowland and Simone Molinaro.

James has performed on guitar or dobro with such diverse artists as Mike Gordon (Phish), and as a soloist with the Mobile Symphony Orchestra Pops. He has performed at the Hardly Strictly Bluegrass Festival in San Francisco's Golden Gate Park, The Grey Fox Bluegrass Festival, The Craftsbury Chamber Festival, The Long Island Guitar Festival, and the Battery Park Summer Concert Series in Manhattan. James has taught undergraduate musicianship at Stony Brook University and is currently Associate in Music Performance faculty at Columbia University, teaching both a bluegrass ensemble and guitar.