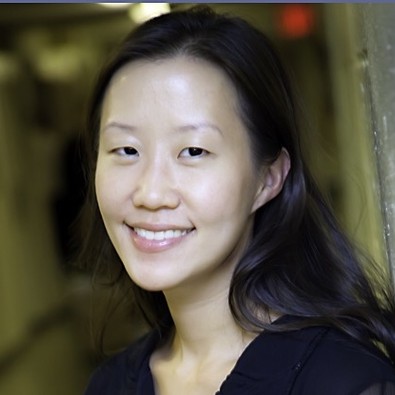 A member of the New York Philharmonic since the 2002-2003 season, Lisa Kim began her violin studies at the age of three, and made her solo debut with the Chicago Symphony Orchestra at age the age of twelve.  Ms. Kim has also soloed with the City of Birmingham Symphony Orchestra, the Orchestra of St. John's Smith Square (under the direction of Lord Yehudi Menuhin), the Santa Cruz Symphony Orchestra, the San Angelo Symphony, and the Flint Symphony.  She has also given recitals at the San Miguel de Allende International Music Festival, the Strathmore Music Center, and the Kennedy Center.

An active chamber musician, Ms. Kim has participated in the Taos Chamber Music Festival, and the Aspen and Sarasota Music Festivals.  Ms.Kim has toured extensively with the American Chamber Players, the International Sejong Soloists, and the Contrasts Quartet.  As a member of the New York Philharmonic Ensembles, she makes regular appearances at the Merkin Concert Hall, and other venues in and around New York City.
Ms. Kim was awarded the top prize in the Yehudi Menuhin International Violin Competition, the Irving M. Klein International String Competition, and the Kingsville International Young Performers Competition, and was named a Presidential Scholar in the Arts.,

Ms. Kim studied at the Oberlin Conservatory with Roland and Almita Valmos, and continued her studies with Donald Weilerstein at the Cleveland Institute of Music, and Robert Mann at the Juilliard School.  Other teachers have included Mark Zinger, Shmuel Ashkenasi, and Yoko Takebe.  Ms. Kim is a Music Associate of violin and chamber music at Columbia University's Music Performance Program.