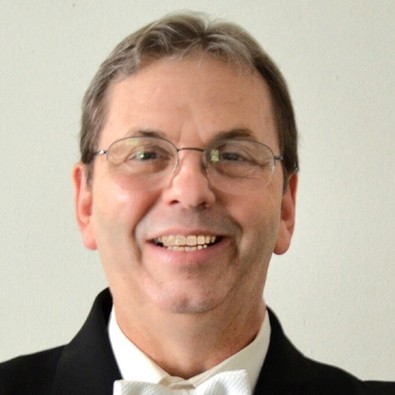 Lou Kosma received his degree in music education with applied double bass from Temple University.  During the summers of 1967 and 1968, he was a fellowship student at Tanglewood.  After teaching for the School District of Philadelphia, he moved to New Jersey and taught in Belleville. From 1976 to 1989, he served as the orchestra and musical show conductor at Holy Family Academy in Bayonne, NJ.

Mr. Kosma was a member of the Metropolitan Opera Orchestra bass section for 36 years and served as Acting Assistant Principal in the 2009 – 2010 and 2011 – 2012 seasons.  Lou teaches privately and was adjunct double bass instructor at New Jersey City University for 29 years.  While freelancing from 1976 to 1986, Lou assumed other affiliations for which he acted as Principal Bassist for the American Ballet Theatre, Northeastern Pennsylvania Philharmonic, and acting principal for the New Jersey Symphony. He was also a member of the Chautauqua Symphony for 17 years.  Lou continues to play radio and television jingles, sountracks and industrials.

He has organized and participated in chamber music concerts and recordings with Music Amici and Alborada Latina.  Further, he donated many services for the Chautauqua Hebrew Congregation and the 1987, 1990, and 1993 “Music For Life" concerts at Carnegie Hall to benefit AIDS research. In March of 2002, the Virtu Foundation honored Lou by naming its first double bass scholarship in his name.

Lou is Music Director and conductor of the Junior Orchestra of the Youth Orchestras of Essex County and has guest conducted many district, regional and all-state festival concerts in New Jersey, Connecticut, New York, Pennsylvania, Massachusetts, North Dakota and Vermont.  From 1995 to 2004 he conducted the adult and intermediate orchestras for the New Jersey Summer String Conference at Rowan University, and served as Director of the Adult Division of the conference.  He guest conducted the Vermont Philharmonic in 1996 and 1999, and was named Music Director of that orchestra in May of 1999.  Lou was appointed Music Director and Conductor of the Thurnauer Symphony Orchestra in Tenafly, New Jersey, in May of 2003.  He has been affiliated with the Stokes Forest Music Camp and Festival since 2004 and was appointed Artistic Director in 2006Currently, he conducts the New Jersey City University Orchestra.In February 2014, Lou received the New Jersey Music Educators Distinguished Service Award.