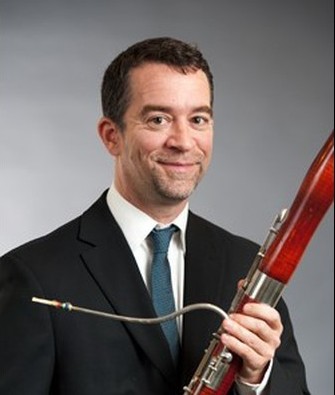 New Jersey Symphony Orchestra bassoonist MARK TIMMERMAN was Principal Bassoon of the Metropolitan Opera for one season. A native of Davenport, Iowa, he is a graduate of the Curtis Institute of Music; he also studied at Temple University and the University of Michigan.

Music festival appearances have taken Timmerman to Japan, the former Soviet Union, Italy and Brazil. He has participated in the Marlboro Music Festival in Vermont, including several Music from Marlboro U.S. tours and an appearance on American Public Media’s “Saint Paul Sunday” radio program.