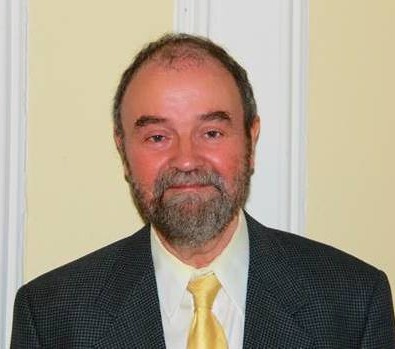 Paul-Martin Maki is Director of Music of St. John’s Episcopal Church in Larchmont, New York and teaches at the Manhattan School of Music, and at Columbia University. He holds the degrees Bachelor of Music and Doctor of Musical Arts together with the Performer’s Certificate in Organ from the Eastman School of Music, the degree Master of Music from Syracuse University, and the Diploma (highest honors) from the Schola Cantorum in Paris, where he was a Fulbright stipendiary of the United States Government.

His organ teachers include Raymond Ocock, David Craighead, Arthur Poister, Andre Marchal, and Jean Langlais. He has studied the north German Baroque literature extensively in master classes with Harald Vogel. His doctoral dissertation on the chorale fantasies of Max Reger reflects his interest in the late romantic repertoire, for the performance of which he is widely acclaimed.

Dr. Maki has been heard in recital throughout the United States and Canada, in Europe and in Australia, and has performed on television and radio. His concerts have been sponsored by prominent churches and universities, the American Guild of Organists, the International Congress of Organists, and the Edinburgh Festival.

He is often sought out for advice on the tonal design of new instruments and the re-design of existing ones. Recently he served as consultant for the re-building of the large organ in the Church of the Heavenly Rest in New York City, the Larchmont Avenue Presbyterian Church in Larchmont, New York, and Grace Lutheran Church, Riveredge, New Jersey.

Three compact discs by Dr. Maki are available from JAV Recordings (1-888-572-2242 orwww.greatorgancds.com): one on the untouched G. Donald Harrison Aeolian-Skinner at McMurray College in Jacksonville, Illinois entitled Elgar and Co., featuring works by Elgar (Sonata), Whitlock, Roger-Ducasse and Bourgeois; the second on the Austin/Konzelman instrument at the Church of the Heavenly Rest in New York with works by Mendelssohn, Sibelius, Elgar, and Whitlock (Sonata); the third a recording of works by Jenkins, Sowerby, Dupre, Vierne, and Wagner (Siegfried-Idyll) on the historic 1915 E. M. Skinner in the first Unitarian-Universalist Church in Detroit.