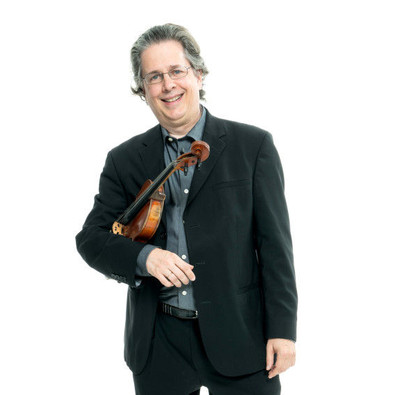 Richard Rood is an American violinist based in New York City.

Rood has performed in over 20 countries, appeared on over 75 recordings, been nominated for Grammy Awards for recordings with the Harmonie Ensemble, John Patitucci, and the Atlantic Symphonietta. In 2000, as a member of Orpheus, he won a Grammy Award for the album Shadow Dances: Stravinsky Miniatures.

The New York Times praised him as "an especially fine young violinist", and the Newark Star-Ledger similarly raved that "he is worth his weight in gold". His recordings of concerti of Bach and Vivaldi have been critically acclaimed, as well as chamber recordings of Copland and Dvořák. His recordings of the Terzetto and Octet Serenade on the Dvorak Discoveries CD were recognized by The New York Times as one of their "Five Favorite CDs" for the 2004 Dvorak Centennial.

Rood received an Honorary Doctorate from Case Western Reserve University in 2010 as a member of Orpheus Chamber Orchestra.

In addition to being one of the most active and visible violinists in New York, Rood is on the faculty at Columbia University as an adjunct violin professor, and has coached at the Juilliard School, Manhattan School of Music, and the Interlochen Arts Academy through the Orpheus Institute. He has also given masterclasses at the Masterworks Festival, SUNY Potsdam, and the Norwalk Youth Symphony, and judged competitions at the Juilliard School, New York Youth Symphony, and New Jersey Youth Symphony.