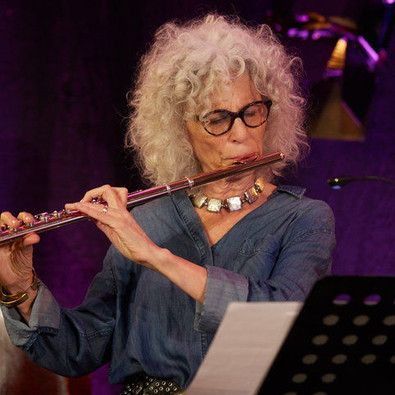 In his 1990 New York Times Review entitled "A Flutist Who Spans Many Idioms", Donal Henahan wrote:  "Susan Palma has long been held in awe as a virtuoso flutist and a good musical citizen by followers of a wide variety of performing groups, including Speculum Musicae, Orpheus, the American Composers Orchestra, the Paul Taylor Dance Company and the Bach Chamber Soloists.  Her [solo recital] program at Merkin Concert Hall on Tuesday evening may or may not have been planned to reflect that catholicity of associations, but it left the listener in little doubt as to her range of capabilities."

Susan has recorded over 70 CDs for Deutsche Grammophon (DGG) and Nonesuch with Orpheus including her own album of Mozart Flute Concerto in G and the Flute and Harp Concerto with harpist Nancy Allen.  Gramophone Magazine call it the "best recording of these works to date".  She was also featured on the 2001 grammy winning Shadow Dances (chamber music of Stravinsky) as well as on the Copland recording of Appalachian Spring, which was nominated for a Grammy award.

Susan has continued to perform this music but since 1999 she began to move away from, but not forget, her classical background.  Fortuitous meetings with new musicians helped her find a new way.  On a tour in Buenos Aires with Orpheus in 1997 she met and became friends with Pablo Ziegler, who was Astor Piazzolla's pianist from 1979-89.  Because of Pablo's interest in writing for chamber orchestra and chamber groups they began working together, playing Pablo's music, Tango Jazz, as well as his new arrangement of Piazzolla's music.