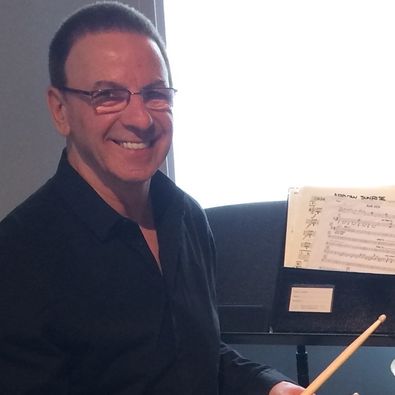 3 Time Grammy Award Winner, Vince Cherico, is the drummer for many top Artists in today’s jazzand world music scenes. From 1995 - 2006 he was the drummer with Ray Barretto & New WorldSpirit, later The Ray Barretto Sextet.  With Ray, he developed his reputation in Latin Jazz, touring the world and recording six CD’s, earning two Grammy nominations for the CD’s “Contact” and“Time Was, Time Is”.

In 1999 Vince first performed with The Caribbean Jazz Project and developed lasting musicalrelationships with Paquito D’Rivera and Dave Samuels.  In 2003 he became a member of Dave Samuels & The Caribbean Jazz Project, and since then has been touring with them in North & South America, Europe and Asia with distinguished concerts at The Greek Theatre in Los Angeles, The Red Sea Jazz Festival in Israel, The Jarasum Jazz Festival in Korea and The Cotton Club in Japan.

During 2009 - 2010, Vince toured with famed jazz vocalist Dee Dee Bridgewater, with notableperformances including Carnegie Hall, the Monterey Jazz Festival and a NPR broadcast performance “Live at the Kennedy Center” in Washington, D.C.  During this time he also recorded with Janis Siegel and The Manhattan Transfer for their CD: “The Chick Corea Songbook”.

Vince teaches privately in his own New York City studio, and is also on the Faculty of The Drummers Collective, The Queens College Jazz Masters Program and is a music associate at The Columbia University Jazz Program. As a guest artist / instructor, Vince has led ensembles for The Xalapa Seminario de Jazz, The Fairbanks Summer Arts Fetsival, The University of Alaska, Anchorage Jazz Festival, the University of Alaska, Fairbanks Jazz Festival, and The University Of Maine Salsa Festival.  He has also given clinics at Berklee School of Music, The Drummers Collective, the Thelonoius Monk Summer Camp, and in various programs associated with music festivals, while on tour in Europe, Africa, Japan, Korea, Venezuela and Cuba. Vince uses his own materials, focusing on various musical styles to develop techniques to internalize and perform therhythmic and sonic nuances of each style.