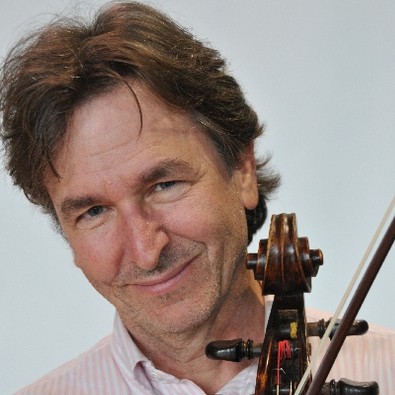 He performs regularly with the Saratoga Chamber Players, Bronx Arts Ensemble, the Cape May Music Festival and the Sebago-Long Lake Chamber Music Festival and is Founder and Artistic director of Chamber Music at Rodeph Sholom in New York. He appears frequently such orchestras as the Orchestra of St. Luke's, New York City Opera and Ballet, American Symphony, New Jersey Symphony, Musica Sacra and the Oratorio Society of New York and is Assistant-Principal cello of the Stamford Symphony. He has recorded for Nonesuch, Koch International, Deutche Grammophon, Delos, New World, Beanstalk, BMG and Flying Dutchman Records and continues to be heard as solo cello in numerous Broadway shows.

Mr. Bailen received his Doctor of Musical Arts (DMA) from Yale University and a Music Associate in cello and chamber music at Columbia University and Teachers College. Graduating in 1977 with High Honors in Music and French Literature from Wesleyan University in Connecticut, Mr. Bailen also holds an M.B.A. in Finance from New York University where he was awarded the coveted Slater Prize for Entrepreneurship. In 2002, he was awarded the Norman Vincent Peale Arts Award for Positive Thinking.

Mr. Bailen’s commissions include an Octet (“For Ellen”) for 3 winds and strings premiered by the Sherman Chamber Ensemble in August, 2013; a ‘Double Concerto for Flute and Cello’ commissioned by the Johns Hopkins Symphony Orchestra and premiered in October 2012 with Mr. Bailen and his wife, flutist, Susan Rotholz as soloists; “Perhaps a Butterfly” a chamber work for Soprano, child soprano, flute and string trio commissioned by Cantor Rebecca Garfein at Congregation Rodeph Sholom in New York where it was premiered in 2011. “Perhaps a Butterfly” was recently selected along with another work for publishing by Transcontinental Music. Mr. Bailen’s ‘Saratoga Sextet,’ commissioned by the Saratoga Chamber Players, was premiered to critical acclaim in June, 2014 at Filene Hall, Skidmore College as part of Saratoga Artsfest (“The crowd loved it!” writes the Schenectady Daily Gazette). Most recently was the premiere of Mr. Bailen’s musical, “The Tiny Mustache,” which received a second grant for further development from the Omer Foundation after it’s successful debut.

As a writer and producer of children's music Mr. Bailen has gained national attention as Winner of the 1990 Parent's Choice Gold Medal, winner of numerous ASCAP Popular Awards and appearances as a featured guest artist on Nickelodeon's "Eureeka's Castle" airing from 1993 through 1997. Mr. Bailen received over twenty-five commissions for his "Song to Symphony" project, an extended school residency program that presents children's original musicals in an orchestral setting; the project was the subject of a NY Times feature article (Sept. 2006). The Song to Symphony project was recently awarded a special Alumni Grant from the Yale School of Music. Susan and Eliot live in New York City with their twin sons David and Daniel and their daughter Julia.